Our journey started in an early morning at Otopeni Airport while waiting to board on the plane. We had seats at the window, so the view was interesting. We enjoyed the view over the Carpatians. The flight was about 40 mins, so we arrived early in Cluj. From the airport, we went straight to Dorobanților Villa, where we booked our stay. 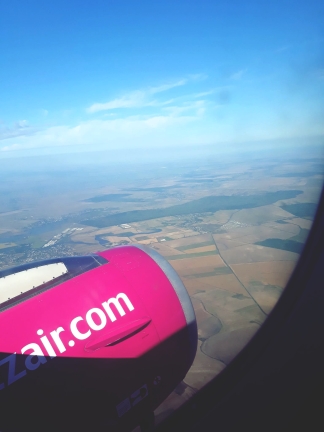 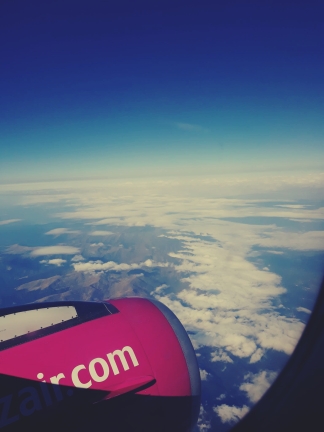 We were staying 10 mins away from the city center, so we arrived quickly to have something to eat. While we were searching for a nice restaurant to have breakfast, we arrived at Union Square Caffe which we enjoyed a lot! 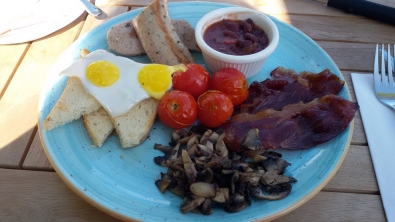 After we had breakfast, we went to Grădina Botanică “Alexandru Borza” (Cluj-Napoca Botanical Garden) because we heard it is very beautiful. And it was, indeed!

From there we went through the historical center and we walked by the Biserica Sfântul Mihail (St. Michael’s Church) and Palatul Banffy (Banffy Palace). We also took a walk through some really tiny cute streets with a really interesting architecture.

We arrived at Parcul Central Simion Bărnuțiu (Simion Bărnuțiu Central Park) where we rented a flamingo to have a walk on the lake. I think this was the most beautiful thing that I really loved doing in Cluj! As sun was going down, we went to have dinner at Casa Maramureșeană where we eat a really tasty traditional food, pork scruff Vlad Ţepeș style.  And this is how the first day of the city break ended! 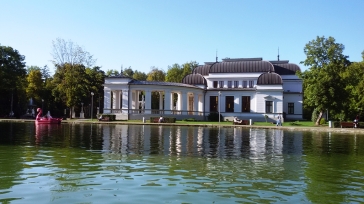 Our second day started again with a breakfast at Union Square Caffe, where we drank a really delicious caffe with milk and ate an omelette and waffles. Then we admired Teatrul Naţional Cluj-Napoca (Cluj-Napoca National Theatre) and Catedrala Adormirea Maicii Domnului (Assumption Cathedral). After that, we walked through Podul Elisabeta (Elisabeth Bridge) to get to Cetăţuia to have a great belvedere above the city.

We stayed there for about half an hour and recharged our batteries because after that we went straight to the airport because we had our flight at around 8PM. 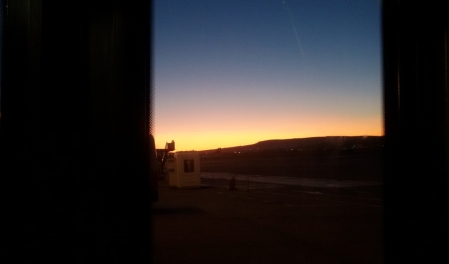 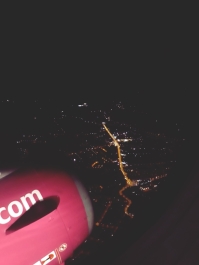 So, in conclusion, this cityt break was an interesting one because I was amazed by peoples’ kindness and by their historical buildings.

View all posts by readysettravelSV

This site uses Akismet to reduce spam. Learn how your comment data is processed.